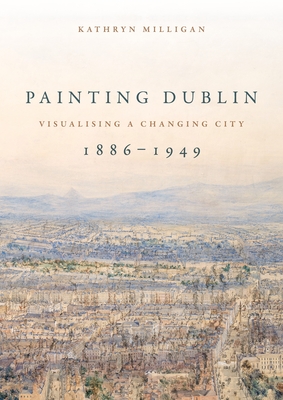 
Available to Order - Usually Arrives in Our Store in 4 to 7 Days
Delving into a hitherto unexplored aspect of Irish art history, Painting Dublin, 1886-1949 examines the depiction of Dublin by artists from the late-nineteenth to the mid-twentieth century. Artists' representations of the city have long been markers of civic pride and identity, yet in Ireland such artworks have been overlooked in favour of the rural and pastoral. Framed by the shift from city of empire to capital of an independent republic, this book examines artworks by Walter Osborne, Rose Barton, Jack B. Yeats, Harry Kernoff, Estella Solomons and Flora Mitchell, encompassing a variety of urban views and artistic themes. While Dublin is already renowned for its representation in literature, this book will demonstrate the many attractions it held for Ireland's artists, offering a vivid visualisation of the city's streets and inhabitants at a crucial time in its history.
Kathryn Milligan is an art historian specialising in nineteenth- and twentieth-century Irish art