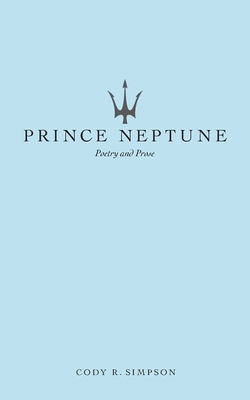 
Available to Order - Usually Arrives in Our Store in 4 to 7 Days
Jack Kerouac meets Arthur Rimbaud for the millennial generation. A debut poetry collection from LA-based Australian writer, singer, songwriter Cody Simpson who has penned hit songs and toured worldwide for the majority of his young life.

Conjuring vivid imagery and drawing from the four elements: earth, air, fire, and water, Prince Neptune presents poems and prose on themes of life, love, fame, escapism, environmentalism, with an overarching narrative of nature as a nod to the author's passion for the earth and the environment. Simpson’s poetry combines themes of freedom and the ocean with the wisdom of an old soul.
Cody Simpson is an LA-based Australian who's meteoric rise to fame is matched only by his incredible artistic talent. Simpson has progressed as a writer, musician, and celebrity at an astounding pace; from uploading videos on YouTube from his home in Australia to selling out tours around the world, Cody is one of the most marketable artists of his generation. When he's not touring or surfing, he's honing his craft on the typewriter creating new pieces of poetry.

Simpson is an artist who brings an authentic and organic writing style well beyond his years. Still a massive force to be reckoned with in the world of music, Cody is now ready to take on the world of writing as PRINCE NEPTUNE.