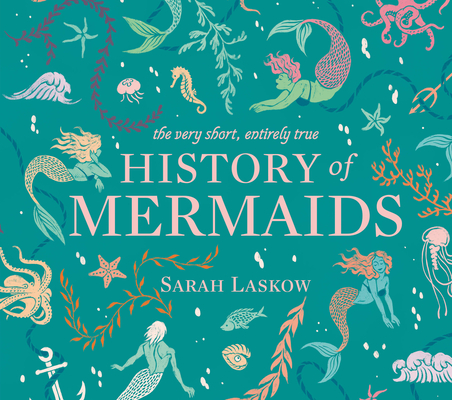 
On Our Shelves Now
From Ariel to the current craze for Sirens, mermaids have captivated our imaginations. But what's true and what's fairy tale?

For centuries, mermaids have appeared in the folklore of cultures from around the world, including the Near East, Europe, Asia, and Africa. And Disney made everyone want to dive under the sea with Ariel when the movie The Little Mermaid hit theaters in 1989. But what are mermaid stories based on?

Many myths say these creatures are half human and half fish, while others claim they are simply manatees mistaken for something more magical. Some grant wishes and fall in love, yet others have lured sailors to their doom.

Although we can't say for sure where the tales of these elusive figures first originated, author Sarah Laskow separates the fact from the fiction. This full-color, fully illustrated book tells you all you need to know about the myths, science, and history that surround mermaids.
Sarah Laskow is the Online Senior Science Editor for The Atlantic. She lives in New York City.

Reimena Yee is an illustrator, writer, and designer. Originally from Kuala Lumpur, she is now based in Melbourne, Australia.