The Great Divide: The Conflict Between Washington and Jefferson That Defined a Nation (MP3 CD) 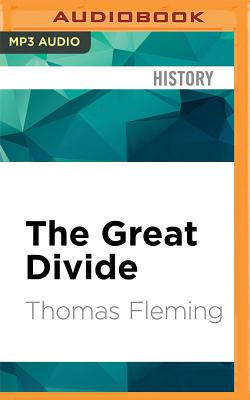 The Great Divide: The Conflict Between Washington and Jefferson That Defined a Nation (MP3 CD)

History tends to cast the early years of America in a glow of camaraderie when there were, in fact, many conflicts between the Founding Fathers--none more important than the one between George Washington and Thomas Jefferson. Their disagreement centered on the highest, most original public office created by the Constitutional Convention: the presidency. It also involved the nation's foreign policy, the role of merchants and farmers in a republic, and the durability of the union. At its root were two sharply different visions of the nation's future.

Acclaimed historian Thomas Fleming examines how the differing characters and leadership styles of Washington and Jefferson shaped two opposing views of the presidency--and the nation. This clash profoundly influenced the next two centuries of America's history and persists in the present day.