The Newcomers: Finding Refuge, Friendship, and Hope in an American Classroom (MP3 CD) 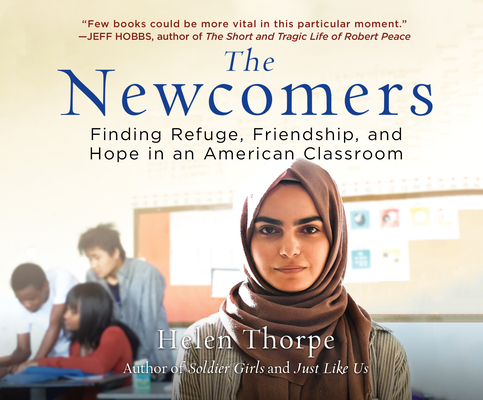 The Newcomers: Finding Refuge, Friendship, and Hope in an American Classroom (MP3 CD)

“Who are the newest arrivals on our shores seeking refuge, freedom and new lives away from war torn lands? Helen Thorpe’s new work of narrative non-fiction, The Newcomers is a compelling and revealing look at newly arrived teens in the Newcomer Room at South High School here in Denver.  She spent a year in the room and in her best book yet recounts their struggles to learn English, make friends, put their traumatic pasts behind them and find their way in America. Their stories, and those of their family and friends are astounding and illuminating. The Newcomers is compassionate, insightful, and above all, full of joy and hope.”

— Cathy Langer
Offering a nuanced and transformative take on immigration, multiculturalism, and America's role on the global stage, The Newcomers follows and reflects on the lives of twenty-two immigrant teenagers throughout the course of their 2015-2016 school year at Denver's South High School. Unfamiliar with American culture or the English language, the students range from the age of fourteen to nineteen and come from nations struggling with drought, famine, or war. Many come directly from refugee camps, and some arrive alone, having left or lost every other member of their family. Their stories are poignant and remarkable, and at the center of their combined story is Mr. Williams: the dedicated and endlessly resourceful teacher of their English Language Acquisition class-a class which was created specifically for them and which will provide them with the foundation they need to face the enormous challenges of adapting to life in America.