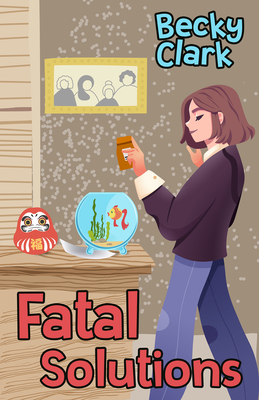 
Available to Order - Usually Arrives in Our Store in 4 to 7 Days
1 ACROSS: HUMAN REMAINS

Creating crossword puzzles for the Chestnut Station Chronicle won’t allow Quinn Carr to quit her diner waitress job any time soon. But it does provide an outlet for her organizational OCD, and also lets her leave subtle hints for police chief Myron Chestnut, an avid puzzler, when his investigations need some direction. Some mysteries, though, leave even Quinn stumped—like the property deed she finds in her grandfather’s old desk. The document lists Quinn’s mother as the owner of some land on the outskirts of Chestnut Station, but Georgeanne refuses to discuss it.

Quinn visits the site, located near a World War II Japanese internment camp that’s since been turned into a museum. There she unearths a weathered Japanese doll…and a skeleton. Before she can uncover a killer, she has to identify the victim. Was it an inmate trying to escape? A guard? Or someone closer to home? As Quinn fills in the blanks, she finds an unexpected link between her family and Chief Chestnut’s—one that could spell more deadly trouble…

“FRESH, FAST, AND FURIOUSLY FUN . . . Becky Clark writes with wry wit, a keen eye, and no shortage of authority.”
—Brad Parks, Shamus Award-winning author on Fiction Can Be Murder