The Garies and Their Friends (Paperback) 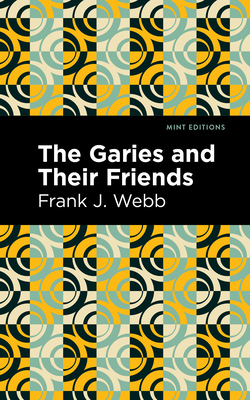 The Garies and Their Friends (Paperback)

The Garies and Their Friends (1857) is a novel by Frank J. Webb. Published at the height of the abolitionist movement, Webb's novel was only the second in history by an African American writer. Although it is his only novel, The Garies and Their Friends is a testament to Webb's skills as a writer and political thinker, a man who explored themes of racial passing and Northern racism decades before such topics were common in African American literature. Although his novel was relatively unpopular--perhaps due to his refusal to sentimentalize both Northern white and free Black communities--it gained scholarly attention and critical acclaim in the latter half of the twentieth century, and has since been recognized as a significant work of African American fiction. Clarence Garie, a white planter from Georgia, and his common-law wife Emily, raise their two children together with the acceptance of a Southern community accustomed to such relationships between masters and slaves. Fearing what should happen to her and her children if Clarence were to die, Emily persuades her husband to move their family to Philadelphia, where they hope to be accepted by the city's well-established community of free African Americans. When they get there, however, they encounter prejudice from their neighbors as well as the growing Irish immigrant population. Together with their friends the Ellises, the Garie family becomes the target of vicious attacks by George Stevens, a bigoted attorney looking to incite a race riot in the city. Soon, tragedy strikes, exposing the deep-rooted divides of a nation only a few years away from civil war. With a beautifully designed cover and professionally typeset manuscript, this edition of Frank J. Webb's The Garies and Their Friends is a classic work of African American literature reimagined for modern readers.