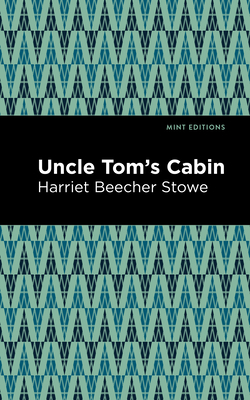 "To expose oneself in maturity to Uncle Tom's cabin may...prove a startling experience"-Edmund Wilson

In Uncle Tom's Cabin, Harriet Beecher Stowe created America's first black literary hero as well as the nation's antecedent protest novel. The novel's vast influence on attitudes towards African American slavery was considered an incitation towards the American Civil War; conjointly, its powerful anti-slavery message resonated with readers around the world at its time of publication.

With unashamed sentimentality and expressions of faith, Harriet Beecher Stowe, in Uncle Tom's Cabin tells the story of the lives of African American slaves from a Kentucky plantation; The master's maid, Eliza; her son, Henry; and, of course, Uncle Tom, the righteous and kind protagonist at the center of the book. When Arthur Selby, a Kentucky slave-owner decides to sell his slaves due to dire financial turns, Eliza runs away with her son, and Tom is sold to a slave trader named Haley. On a Mississippi river boat, Tom's fortunes are revered after he rescues Eva, a young white girl, from drowning. Eva's kind father is so moved by Tom's bravery that he buys him from Haley and brings him into his New Orleans home. In the series of calamitous events that follow, Tom ultimately finds himself in the bondage of the diabolical master Simon Legree. Still provoking controversies to this day, this is one of American literature's most important works of social justice.

With an eye-catching new cover, and professionally typeset manuscript, this edition of Uncle Tom's Cabin is both modern and readable.