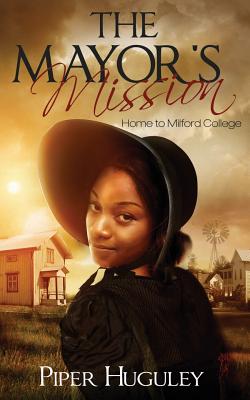 By Piper Huguley
$12.99
Available to Order - Usually Arrives in Our Store in 4 to 7 Days

Milford, GA 1868: Milford College is in trouble. The mission to create teachers and preachers for the recently freed populations is on a shaky course because of problems between the married founders. Mayor Virgil Smithson has been away to the constitutional convention in the newly established state capitol in Atlanta for almost five months. He's late in getting back home. Worried about her husband, Amanda Smithson manages the crowded and growing school by herself. How they will pay the taxes on the school property if Virgil doesn't return from Atlanta? More problems: The Milford daughters-in-law arrive in town, determined to wrest what they see as their rightful inheritance from the Smithsons. Amanda has hired an old school chum from Oberlin to teach the older students. And he's a tad too affectionate with Amanda for Virgil's liking. Just when it all seems impossible to resolve, the Smithsons must endure another crisis that threatens to tear them, and the dream of their school----apart. When life becomes difficult, it will take all of God's love and mercy for the Smithsons to come together to fight within the bonds of holy matrimony that united them less than two years before. It will be the mission of the mayor, and his wife, to do what it takes to keep the new and coltish educational tradition that they began together going-- to keep their love alive.

Piper G Huguley, named 2015 Debut Author of the Year by Romance Slam Jam, is a two-time Golden Heart (R)finalist and is the author of the "Home to Milford College" series. The series follows the building of a college from its founding in 1866. On release, the prequel novella to the "Home to Milford College" series, The Lawyer's Luck, reached #1 Amazon Bestseller status on the African American Christian Fiction charts. Book #1 in the series, The Preacher's Promise was named a top ten Historical Romance in Publisher's Weekly by the esteemed historical romance author, Beverly Jenkins. Huguley is also the author of "Migrations of the Heart," a five-book series of inspirational historical romances set in the early 20th century featuring African American characters. Book one in the series, A Virtuous Ruby won the Golden Rose contest in Historical Romance in 2013 and was a Golden Heart(R) finalist in 2014. Book four, A Champion's Heart, was a Golden Heart(R) finalist in 2013. A Virtuous Ruby will be published in July 2015 by Samhain Publishing. She blogs about the history behind her novels at http: //piperhuguley.com. She lives in Atlanta, Georgia with her husband and son.