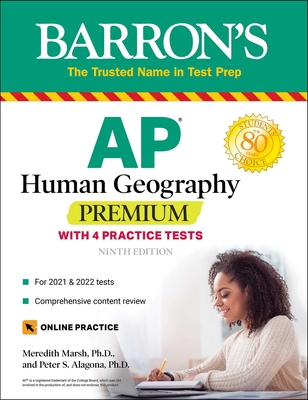 Publisher's Note: Products purchased from third-party sellers are not guaranteed by the publisher for quality, authenticity, or access to any online entitles included with the product.
Meredith J. Marsh received her bachelor’s degree in geography from Calvin College in 1999, her Master’s Degree in geography from the University of California, Santa Barbara (UCSB) in 2003, and her Ph.D. (also in geography) from UCSB in 2009. Meredith has worked as a Reader for the APHG exam in 2007, 2009, 2010, 2011, 2013, and 2014, and she is currently an associate professor of geography at Lindenwood University in St. Charles, Missouri.