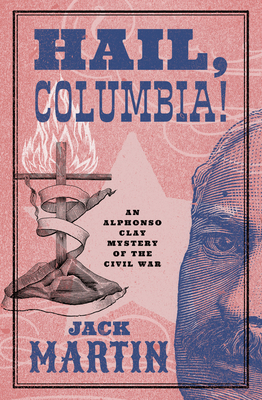 Amid the tensions of Reconstruction, a Civil War veteran and presidential agent hunts down violent threats and secretive hidden enemies . . .

﻿The Civil War ended four years ago-but that doesn't mean that peace rules the land. Confederate veterans have formed a secret organization, the Ku Klux Klan, to fight what they perceive as unjust oppression, violently attacking former slaves and attempting to sabotage the government's authority in the South. To address the danger they pose, President Ulysses S. Grant turns to his most trusted agent: Maj. Alphonso Brutus Clay.

The goal is to end the mayhem without sparking a renewal of hostilities and plunging the nation into bloodshed again. With the help of a friend, Ambrose Bierce, and the fierce Teresa Duval, Clay must confront a corrupt cabal intent on controlling this still-fragile Union-a threat to not only the United States but the world.

"I can't wait to read the next Alphonso Clay book." -RP Dahlke, author of the Dead Red Mysteries