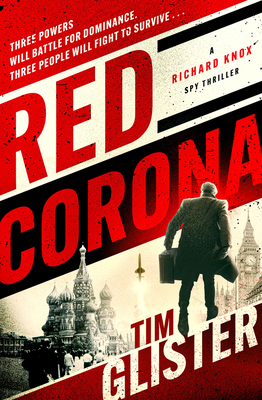 In this gripping debut thriller set during the Cold War, agents from MI5 and the CIA team up to find a Soviet spy

July 1961. Once a shining star at MI5, agent Richard Knox is now suspended with a tarnished image. However, when he is called upon to investigate a double murder, Knox is given a chance to clear his name and find a traitor--but it could also destroy him. Fortunately, Knox isn't the only one hunting for a mole. CIA recruit Abey Bennett is eager to help.

Meanwhile, in a secret Soviet Union city, scientist Irina Valera is on the verge of a communications breakthrough. It could change the world, especially for whatever country has control of it . . .

As three global powers engage in a battle for power, the Cold War begins to heat up for three people who must now fight to stay alive . . .

"A thoroughly engaging spy thriller that had me gripped from start to finish and left me desperate for more." --S. J. Watson, author of the New York Times-bestseller, Before I Go to Sleep

Tim Glister is a creative director at an advertising agency. He's worked for a range of global brands, and previously worked as a literary agent. He has written two novels, Red Corona and its sequel, A Loyal Traitor. Glister lives in London.