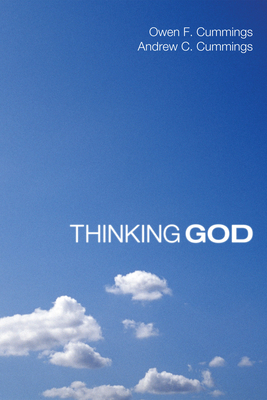 
Available to Order - Usually Arrives in Our Store in 4 to 7 Days
The last decade or so has seen many books from what might be called ""the new atheists."" One thinks, for example, of Richard Dawkins or Christopher Hitchens. They have captured the interest of the general reading public and have sold well. Often, however, they have loaded the dice against Christian belief in a most unfair fashion. Arguments and issues have been summarily dismissed after the most cursory of treatments. Thinking God, written by a philosopher and a theologian, father and son, invites the reader to a more reflective consideration of the issues around God and the traditional fabric of Christian belief in a fair and openhanded fashion. Issues, both traditional and more contemporary, have been engaged. The result is an invitation to think of Christian faith seriously, reflectively, and critically. ""A very timely and helpful book which sets out and discusses in a clear and informed manner a number of fundamental challenges to belief in God today. The authors, turning to philosophy and theology, draw on the resources of the past while engaging in dialogue with contemporary thinking."" -Santiago Sia Milltown Institute, Ireland ""This book discusses central topics in philosophical or fundamental theology and the philosophy of religion and will be very useful to Roman Catholic seminary and college students. It does not attempt to survey all possible positions on these topics, but aims at giving students a feel for how theologians and religiously oriented philosophers approach these topics and questions. Its great strength is that it stimulates critical reflection: it would serve as an excellent basis for class discussions."" -Thomas E. Hosinski, CSC University of Portland Owen F. Cummings is Regents' Professor of Theology at Mount Angel Seminary in St. Benedict, Oregon. He has published many books and articles in the field of systematic theology and church history. Andrew C. Cummings is Associate Professor of Philosophy at Mount Angel Seminary, and author of articles in medieval and modern philosophy.