Economics: The Completion of the Dispute of Two Cambridges (Hardcover) 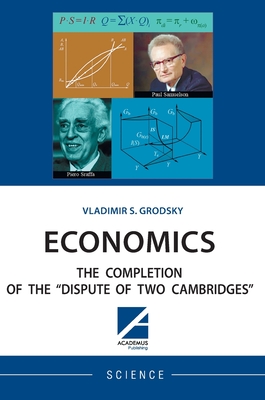 Economics: The Completion of the Dispute of Two Cambridges (Hardcover)

The monograph for the first time comprehensively investigates two main areas of modern economics - mainstream and 'neo-Ricardianism', which are in a state of the so-called 'dispute of two Cambridges'. The theoretical advantages and disadvantages of the directions are shown, as well as specific proposals for their synthesis. The author's interpretations of many issues of economic theory are presented, aimed at increasing its consistency, logical persistence and predictability of further development.