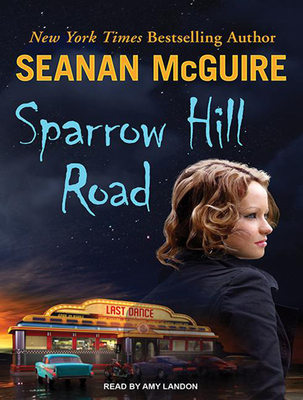 By Seanan McGuire, Amy Landon (Narrated by)
Please email or write store for pricing and availability information.
Out of Print

Rose Marshall died in 1952 in Buckley Township, Michigan, run off the road by a man named Bobby Cross-a man who had sold his soul to live forever, and intended to use her death to pay the price of his immortality. Trouble was, he didn't ask Rose what she thought of the idea. It's been more than sixty years since that night, and she's still sixteen, and she's still running. They have names for her all over the country: the Girl in the Diner. The Phantom Prom Date. The Girl in the Green Silk Gown. Mostly she just goes by "Rose", a hitchhiking ghost girl with her thumb out and her eyes fixed on the horizon, trying to outrace a man who never sleeps, never stops, and never gives up on the idea of claiming what's his. She's the angel of the overpass, she's the darling of the truck stops, and she's going to figure out a way to win her freedom. After all, it's not like it can kill her. You can't kill what's already dead.

Seanan McGuire is the award-winning author of the October Daye urban fantasies and the InCryptid urban fantasies. She is the winner of the 2010 John W. Campbell Award for Best New Writer. She also writes under the name Mira Grant. In 2013, she became the first person ever to appear five times on the same Hugo ballot. Seanan lives in California.

Amy Landon is a classically trained actress with numerous Off-Broadway, film, and television credits. Her voice can also be heard on many television and radio commercials, and she also coaches and teaches dialects.