An Era of The Wise Man: The Expectation-led Market Principle (Hardcover) 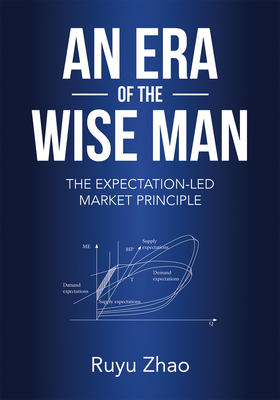 An Era of The Wise Man: The Expectation-led Market Principle (Hardcover)


Title unavailable, please email for information.
An Era of The Wise Man is an economic critique of the price mechanism which underpins classical Western economics. In the contemporary era, particularly since the global financial crisis of 2007/08, conventional free-market theory has proved fallible and ineffective in guiding economies out of crisis and generating robust growth. The author suggests adopting a new principle within economic theory, reflecting the imperfections of real-world markets rather than hypothetical perfect markets, and centering on demand expectation.

With reference to China’s rapid economic development in recent decades, this book advocates the expectation-led market principle, which draws a distinction between demand as defined by Adam Smith and classical economics, with that of demand based on expectations—a theory discussed at length in later chapters. Essentially, this theory rejects several assumptions that form the basis of classical economics; however, it does not dismiss conventional economics entirely. For readers interested in economics, this book provides a thorough rebuttal to economic orthodoxy and offers an alternative point of view.
Ruyu Zhao, Ph. D. in economics, professor of Jilin University, and Vice President of China National Society of Economic Geography, is an expert in international economics, industrial economics, technical economics, regional economics, and general economic theories. He is interested in exploring critically into the existing economic theories. In 2017, he reconsidered the price mechanism of the general market principle, and proposed an expectation-led market principle. His representative works include An Era of The Wise Man, etc.