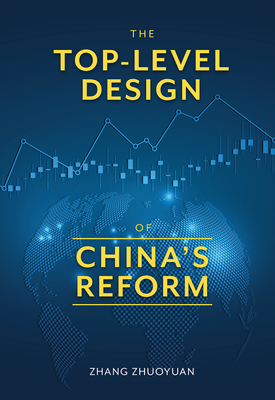 
Title unavailable, please email for information.
Since the 14th National Congress, how have China’s reform goals evolved? Why is China’s reform successful, and what are the problems in various fields? How can we balance market and price? Will China move towards a “power market economy”? How does China’s economy cross the threshold of transformation? These are the key issues that this book focuses on.

This book analyzes the reform and transformation of China’s economy and the driving force behind it. It points out that China’s reform is first determined by the government, then comprehensively designed and planned from the top, and comprehensively promoted from top to bottom. It focuses on three key areas of deepening reform: economic system reform, price reform, and state-owned enterprise reform.
Zhang Zhuoyuan, a prestigious economist, was born in Meixian County, Guangdong Province, in July 1933. He is now a researcher for the Institute of Economics at the Chinese Academy of Social Sciences and a member of the academic department of the Chinese Academy of Social Sciences. He is the author of China’s Economic Transformation Anthology, An Outline of New China’s Economic History (1949–2011), and other books.