Paris, Paris: Journey Into the City of Light (Compact Disc) 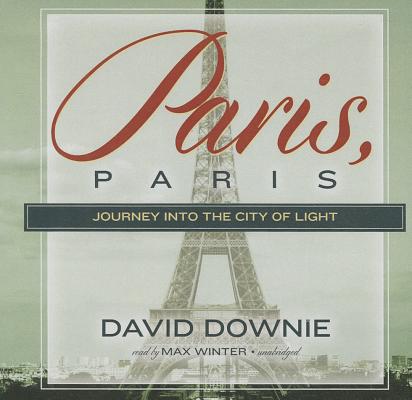 Paris, Paris: Journey Into the City of Light (Compact Disc)

Swapping his native San Francisco for the City of Light, travel writer David Downie arrived in Paris in 1986 on a one-way ticket, his head full of romantic notions. Curiosity and the legs of a cross-country runner propelled him daily from an unheated, seventh-floor walk-up garret near the Champs-Elysees to the old Montmartre haunts of the doomed painter Modigliani, the tombs of Pere-Lachaise cemetery, the luxuriant alleys of the Luxembourg Gardens, and the aristocratic Ile Saint-Louis midstream in the Seine.

Downie wound up living in the chic Marais district, married to the Paris-born American photographer Alison Harris, an equally incurable walker and chronicler. Ten books and a quarter-century later, he still spends several hours every day rambling through Paris and writing about the city he loves. An irreverent, witty romp featuring thirty-one short prose sketches of people, places, and daily life, Paris, Paris: Journey into the City of Light ranges from the glamorous to the least-known corners and characters of the world's favorite city.