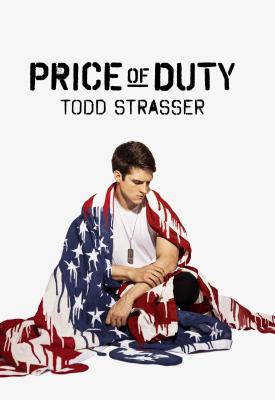 From award-winning author Todd Strasser comes a gripping new novel that explores the struggles of war, the price paid by those who fight in them, and what it really means to be a hero.

Jake Liddell is a hero.

At least, that’s what everyone says he is. The military is even awarding him a Silver Star for his heroic achievements—a huge honor for the son of a military family. Now he’s home, recovering from an injury, but it seems the war has followed him back. He needs pills to get any sleep, a young woman is trying to persuade him into speaking out against military recruitment tactics, and his grandfather is already urging him back onto the battlefield. He doesn’t know what to do; nothing makes sense anymore.

There is only one thing that Jake knows for certain: he is no hero.
Todd Strasser has written many critically acclaimed novels for adults, teenagers, and children, including the award-winning Can’t Get There from Here, Give a Boy a Gun, Boot Camp, If I Grow Up, Famous, and How I Created My Perfect Prom Date, which became the Fox feature film Drive Me Crazy. Todd lives in a suburb of New York and speaks frequently at schools. Visit him at ToddStrasser.com.
The range of issues explored... offers awareness. This title could generate a great deal of discussion as a class-wide read and is highly recommended for reluctant readers.
— VOYA

[A] powerful novel... that is especially timely... The discussion this thought-provoking book will surely engender is both welcome and imperative.
— Booklist, *STARRED REVIEW

Strasser packs a lot of narrative into a short novel, but never wanders far from a tightly wound and compelling story. Suited to reluctant readers.
— School Library Journal