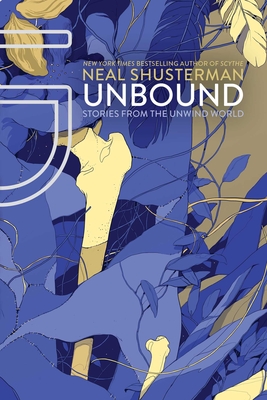 Discover the future awaiting Connor, Risa, and Lev after the events of the New York Times bestselling Unwind Dystology series by Neal Shusterman in this short story collection.

Connor Lassiter’s fight to bring down Proactive Citizenry and find a suitable alternative to unwinding concluded in UnDivided. Now, Connor, Risa, and Lev are free to live in a peaceful future—or are they? Neal Shusterman brings back beloved characters for his fans to see what’s left for those who were destined to be unwound
Neal Shusterman is the New York Times bestselling author of more than thirty award-winning books for children, teens, and adults, including the Unwind dystology, the Skinjacker trilogy, Downsiders, and Challenger Deep, which won the National Book Award. Scythe, the first book in his latest series, Arc of a Scythe, is a Michael L. Printz Honor Book. He also writes screenplays for motion pictures and television shows. Neal is the father of four, all of whom are talented writers and artists themselves. Visit Neal at StoryMan.com and Facebook.com/NealShusterman.
“For fans of the series, this one will be hard to put down. A necessity where the Unwind dystology is popular, these stories are every bit as engaging and will leave readers satisfied but still hoping for more.”
— School Library Journal

“Stories that will send fans over the moon and swiftly intrigue newcomers.”
— Kirkus Reviews

"Highly satisfying for general readers with a taste for stories featuring all-too-plausible dystopias or ghastly medical experiments, as well as for existing series fans who want a little more."
— Booklist Online