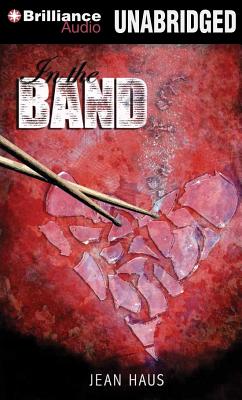 This is book number 1 in the Luminescent Juliet series.

Eighteen-year-old Riley Middleton should be far away from home, about to start her freshman year of college on a full-ride scholarship she earned with her unmatched skills on the drums. But instead of marching-band practice and dorm life, Riley is stuck at home--her family needs her. In an effort to help her regain her rhythm, Riley's best friends encourage her to try out as the drummer for the hot college rock band Luminescent Juliet. But when Riley shows up for the audition, the three band members aren't what she expected: all of them have more ego than Riley wants to deal with, and they all are drop-dead gorgeous.

Sparks immediately fly with Romeo, the band's dark-haired and sexy lead guitar player, who doesn't want Riley in his band and relentlessly pushes her to quit. But drumming is all that's keeping Riley's spirit alive--she has to make this work, and if that means ignoring both Romeo's taunts and his dangerously smoldering looks, she'll find a way to stay in the band.

As Luminescent Juliet's fame increases, Riley finds herself caught among the egos and magnetism of her bandmates. If she wants to play the drums, she must find a way to ignore the sparks that threaten to ignite the tensions simmering onstage, ready to explode into a raging fire of passion at any moment.

This book is intended for mature teen audiences due to strong language and some sexual content.