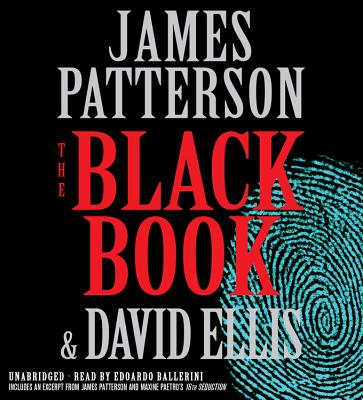 Three bodies in a beautiful and luxurious bedroom.

Billy Harney was born to be a cop. The son of Chicago's chief of detectives, whose twin sister is also on the force, Billy plays it by the book. Alongside Detective Kate Fenton, Billy's tempestuous, adrenaline-junkie partner, there's nothing he wouldn't sacrifice for his job. Enter Amy Lentini, a hard-charging assistant state's attorney hell-bent on making a name for herself-who suspects Billy isn't the cop he claims to be. They're about to be linked by more than their careers.

A horrifying murder leads investigators to an unexpected address-an exclusive brothel that caters to Chicago's most powerful citizens. There's plenty of incriminating evidence on the scene-but what matters most is what's missing: the madam's black book. Now with shock waves rippling through the city's elite, everyone's desperate to find it.

Chicago has never been more dangerous.

As everyone who's anyone in Chicago scrambles to get their hands on the elusive black book, no one's motives can be trusted. An ingenious, inventive thriller about power, corruption, and the power of secrets to scandalize a city-and possibly destroy a family-The Black Book is James Patterson at his page-turning best.

James Patterson received the Literarian Award for Outstanding Service to the American Literary Community at the 2015 National Book Awards. Patterson holds the Guinness World Record for the most # 1 New York Times bestsellers. His books have sold more than 325 million copies worldwide. He has donated more than one million books to students and soldiers and has over four hundred Teacher Education Scholarships at twenty-four colleges and universities. He has also donated millions to independent bookstores and school libraries.

"It's no mystery why James Patterson is the
world's most popular thriller writer: his uncanny skill in creating
living, breathing characters we truly feel for and seamless,
lightning-fast plots. I do this for a living, and he still manages to
keep me guessing from the first to last page. Simply put: Nobody does it
better."—-Jeffrey Deaver, New York Times bestselling author of The Bone Collector