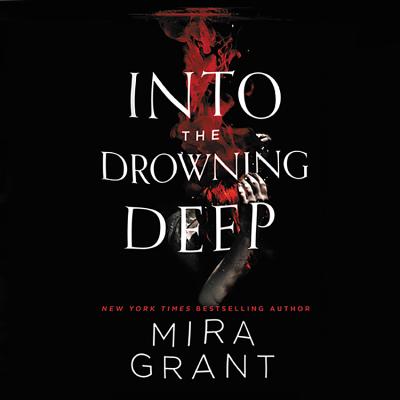 “In Into the Drowning Deep, Mira Grant has conjured up scary mermaids living in the depths of the Pacific Ocean. An expedition sets out to learn if mermaids truly exist and to uncover the fate of a previous expedition. The new crew is being recorded for a documentary, with the hope it will prove mermaids are real and clear the network of wrongdoing. Both Tory, whose sister was killed on the first expedition, and Jillian, who has been teaching about mermaids for years, are going out on the state-of-the-art ship; however, that ship has one major flaw. You will not look at The Little Mermaid the same way again!”
— Jason Kennedy, Boswell Book Company, Milwaukee, WI

Seven years ago, the Atargatis set off on a voyage to the Mariana Trench to film a mockumentary, bringing to life ancient sea creatures of legend. It was lost at sea with all hands. Some have called it a hoax; others have called it a maritime tragedy.

Now, a new crew has been assembled. But this time they're not out to entertain. Some seek to validate their life's work. Some seek the greatest hunt of all. Some seek the truth. But for the ambitious young scientist Victoria Stewart, this is a voyage to uncover the fate of the sister she lost.

Whatever the truth may be, it will only be found below the waves. But the secrets of the deep come with a price.