The Fall of Crazy House (CD-Audio) 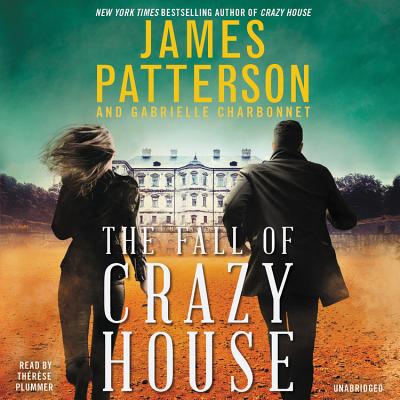 The Fall of Crazy House (CD-Audio)

This is book number 2 in the Crazy House series.

The best series since The Hunger Games just got better: Escape is just the beginning in this dystopian story of two fearless sisters who must defeat a powerful regime -- or risk becoming what they despise.
Twin sisters Becca and Cassie barely got out of the Crazy House alive. Now they're trained, skilled fighters who fear nothing -- not even the all-powerful United regime. Together, the sisters hold the key to defeating the despotic government and freeing the people of the former United States. But to win this war, will the girls have to become the very thing they hate?
In this gripping sequel to James Patterson's New York Times bestselling YA blockbuster Crazy House, the world is about to get even crazier.
For his prodigious imagination and championship of literacy in America, James Patterson was awarded the 2019 National Humanities Medal, and he has also received the Literarian Award for Outstanding Service to the American Literary Community from the National Book Foundation. He holds the Guinness World Record for the most #1 New York Times bestsellers, including Confessions of a Murder Suspect and the Maximum Ride and Witch & Wizard series, and his books have sold more than 400 million copies worldwide.

A tireless champion of the power of books and reading, Patterson created a children’s book imprint, JIMMY Patterson, whose mission is simple: “We want every kid who finishes a JIMMY book to say, ‘PLEASE GIVE ME ANOTHER BOOK.’” He has donated more than three million books to students and soldiers and funds over four hundred Teacher and Writer Education Scholarships at twenty-one colleges and universities. He also supports 40,000 school libraries and has donated millions of dollars to independent bookstores. Patterson invests proceeds from the sales of JIMMY Patterson Books in pro-reading initiatives.


Praise for the Crazy House series:


"Action-packed fight scenes, flickers of romance, and Patterson's
signature speedy chapters should satisfy teens who like their suspense
served with a side of political revolt."—Booklist

"A welcome reveal sets the story in a promising
direction for future volumes. This title will be in high demand."—School Library Journal