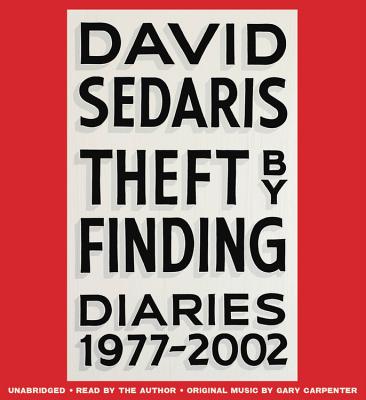 David Sedaris tells all in a book that is, literally, a lifetime in the making.

For nearly four decades, David Sedaris has faithfully kept a diary in which he records his thoughts and observations on the odd and funny events he witnesses. Anyone who has attended a live Sedaris event knows that his diary readings are often among the most joyful parts of the evening. But never before have they been available in audio. Now, in Theft by Finding, Sedaris brings us his favorite entries. From deeply poignant to laugh-out-loud funny, these selections reveal with new intimacy a man longtime listeners only think they know. Tender, hilarious, illuminating, and endlessly captivating, Theft by Finding offers a rare look into the mind of one of our generation's greatest comic geniuses.