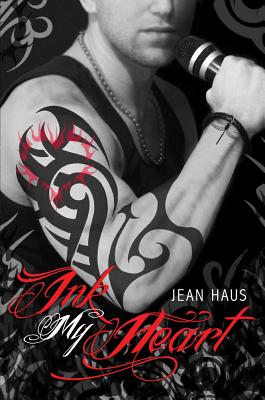 This is book number 2 in the Luminescent Juliet series.

Even if he wasn't the lead singer of the insanely popular college band Luminescent Juliet, Justin Noel wouldn't have to work at picking up women. It only takes one flash of his dimples to make ladies swoon. And they do--nightly. Which is perfect because Justin doesn't have any interest in a relationship that might last longer than sunrise.

For tattoo artist Allie Landon, guys like Justin are a joke. Since her ex broke her heart, Allie rarely dates, and she wouldn't be caught dead with a bad-boy type like Justin. But when her ex unexpectedly shows up, desperation forces Allie to introduce Justin as her boyfriend. Justin's more than happy to play along--after all, who wouldn't want to be with Allie? She's hot and she can ink a killer tattoo.

When playing along starts to mean something more to Justin, he discovers that Allie exposes emotional depths within his soul that he didn't know he had. But Allie's life isn't what it seems, and there's little room in her shattered and confused heart to let Justin in. As Justin grapples with an increasing need to have her in his life, Allie finds that ignoring the growing attraction--both physical and emotional--between them is becoming more difficult than tattoo removal.