The New Space: Genesis and Background: Between Vertical Liberty and Horizontal Respect (Hardcover) 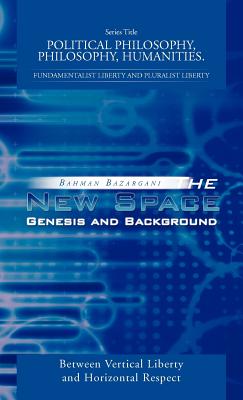 The New Space: Genesis and Background: Between Vertical Liberty and Horizontal Respect (Hardcover)

Barzagani further strives to show that the era of reason was somehow an autocratic era that had a great impression upon the modern time while it was philosophically more tolerant to the two centuries before. Throughout The New Space: Genesis and Background, he examines the changes that the concept of liberty experiences from the classic teachings to the present and the new quasi-aesthetic focus of attraction, which as a metavalue and the "true" meaning of life overshadows all the other social values. He posits that although there is a consensus that liberty us the meaning of life, but that there is no consensus on the meaning of liberty.

Finally, Bazargani comes to the conclusion that horizontal respect is a new principle that can be the new quasi-aesthetic focus of attraction and a metavalue that would overshadow all the social values even liberty itself-the beginning of the new space, pluralist mega space.