Overloaded: How Every Aspect of Your Life is Influenced by Your Brain Chemicals (Hardcover) 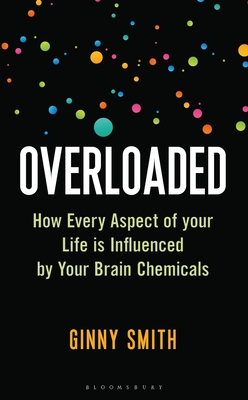 Overloaded: How Every Aspect of Your Life is Influenced by Your Brain Chemicals (Hardcover)

This mind-bending, eye-opening book provides readers with an enjoyable route through the remarkable world of neurotransmitters, the chemicals inside each of us that touch every aspect of our lives.

From adrenaline to dopamine, most of us are familiar with the chemicals that control us. They are the hormones and neurotransmitters that our brains run on, and Overloaded looks at the role they play in every aspect of our lives, from what we remember, how we make decisions and who we love to basic survival drives such as hunger, fear and sleep.

Author Ginny Smith gets to the bottom of exactly what these tiny molecules do. What role do cortisol and adrenaline play in memory formation? Is it our brain chemicals that cause us to be 'hangry'? How do hormones and neurotransmitters affect the trajectory of our romantic relationships? These are just some of the questions that Ginny will answer as she meets the scientists at the cutting-edge of research into the world of brain chemistry who are uncovering the unexpected connections between these crucial chemicals that touch every aspect of our lives.

Ginny Smith is a science writer, presenter and producer. Her work on the human brain has featured at science festivals and the University of Cambridge's Institute of Continuing Education, where she teaches. Ginny is a producer for the British Psychological Society's Psych Crunch podcast, and a regular on the Cosmic Shambles Network. For several years she worked with the Naked Scientists, and presented a weekly science show for Cambridge TV.