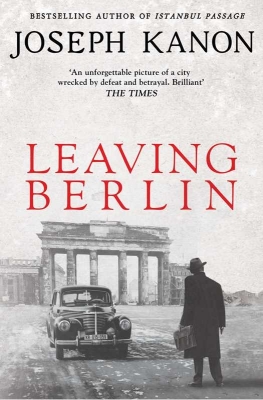 By Joseph Kanon
Please email or write store for pricing and availability information.
Special Request - May Not Be Available

“In 1949, WWII has been over for four years but the world continues to fume as suspicion wages a new kind of conflict in Joe McCarthy's America and the German people starve behind a barrier that has made them victims of the Cold War. When Alex Meier returns to Berlin to attempt to 'earn' his way back to the U.S. by spying for the fledgling CIA, life quickly begins to unravel and Meier is thrown into a turmoil that he could not have imagined. Can he betray the love of his youth by remaining loyal to his pledge to help his new country? Readers will be on the edge of their seats in expectation.”
— Linda Bond, Auntie's Bookstore, Spokane, WA