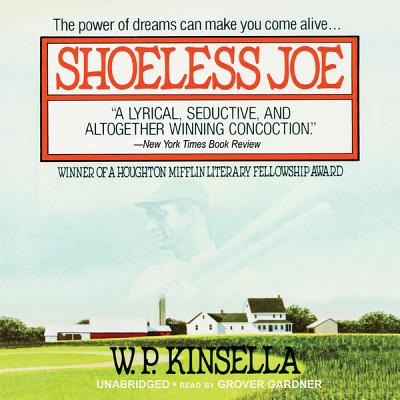 Shoeless Joe, the soul-stirring novel on which the movie Field of Dreams is based, is more than just another baseball story. Kinsella captures the spiritual dimension that baseball represents for its most determined devotees in this tale on love and the power dreams have to make people come alive. "Shoeless Joe" is the great Joe Jackson, one of the eight members of the 1919 Chicago White Sox who were banned from baseball for throwing the World Series. One day, while out in his cornfield, Iowa farmer Ray Kinsella hears the voice of a baseball announcer saying, "If you build it, he will come." "He," of course, is Ray's hero, Joe Jackson. "It" is a baseball stadium, which Ray carves out of his cornfield. In doing this, he also inadvertently provides us with an amazing and somewhat nostalgic story on America's perhaps most beloved national pastimes, baseball.