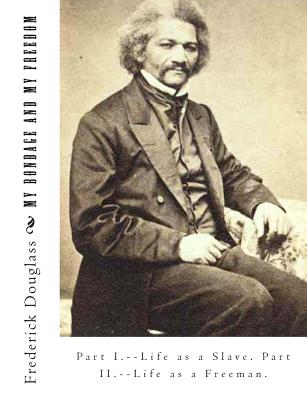 
Available to Order - Usually Arrives in Our Store in 4 to 7 Days
WHEN a man raises himself from the lowest condition in society to the highest, mankind pay him the tribute of their admiration; when he accomplishes this elevation by native energy, guided by prudence and wisdom, their admiration is increased; but when his course, onward and upward, excellent in itself, furthermore proves a possible, what had hitherto been regarded as an impossible, reform, then he becomes a burning and a shining light, on which the aged may look with gladness, the young with hope, and the down-trodden, as a representative of what they may themselves become. To such a man, dear reader, it is my privilege to introduce you. The life of Frederick Douglass, recorded in the pages which follow, is not merely an example of self-elevation under the most adverse circumstances; it is, moreover, a noble vindication of the highest aims of the American anti-slavery movement. The real object of that movement is not only to disenthrall, it is, also, to bestow upon the negro the exercise of all those rights, from the possession of which he has been so long debarred. But this full recognition of the colored man to the right, and the entire admission of the same to the full privileges, political, religious and social, of manhood, requires powerful effort on the part of the enthralled, as well as on the part of those who would disenthrall them. The people at large must feel the conviction, as well as admit the abstract logic, of human equality; the negro, for the first time in the world's history, brought in full contact with high civilization, must prove his title to all that is demanded for him; in the teeth of unequal chances, he must prove himself equal to the mass of those who oppress him--therefore, absolutely superior to his apparent fate, and to their relative ability. And it is most cheering to the friends of freedom, to-day, that evidence of this equality is rapidly accumulating, not from the ranks of the half-freed colored people of the free states, but from the very depths of slavery itself; the indestructible equality of man to man is demonstrated by the ease with which black men, scarce one remove from barbarism--if slavery can be honored with such a distinction--vault into the high places of the most advanced and painfully acquired civilization. Ward and Garnett, Wells Brown and Pennington, Loguen and Douglass, are banners on the outer wall, under which abolition is fighting its most successful battles, because they are living exemplars of the practicability of the most radical abolitionism; for, they were all of them born to the doom of slavery, some of them remained slaves until adult age, yet they all have not only won equality to their white fellow citizens, in civil, religious, political and social rank, but they have also illustrated and adorned our common country by their genius, learning and eloquence.