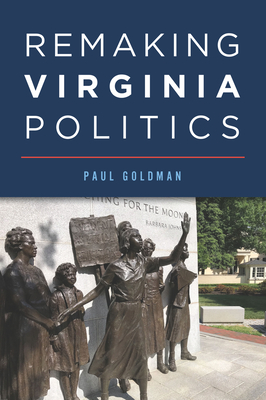 Go behind the scenes with never before reported stories of intrigue from some of the most colorful characters in Virginia politics over the last half century.

Read about the changes that political figures have brought to the Old Dominion, from Henry Howell's legendary gubernatorial run in the 1970s through 2020's successful battle for Richmond Public Schools against the Dominion Coliseum. Along the way, see how visionaries challenged Virginia to overcome her legacy of segregation and how that history still affects our destiny today.

Hailed by the New York Times as part of a major revolution in racial politics in America for running the groundbreaking campaigns of Governor Doug Wilder, author Paul Goldman has spent decades on the leading edge of Virginia politics.