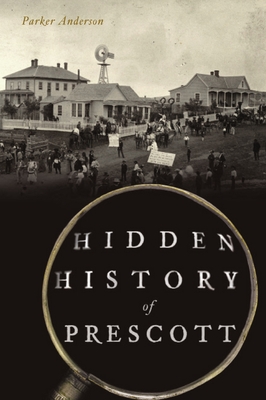 
Available to Order - Usually Arrives in Our Store in 4 to 7 Days
Prescott, known as the First Capital of Arizona Territory, has a history rife with colorful characters and notable events. The growing town included members of the Yavapai Tribe, early inhabitants whose reservation was established in 1935, and Chinese immigrants, who were rumored to have built an entire network of underground tunnels. Fraternal organizations and secret societies sought to wield influence over the community, including the Masons, who held their first meeting in 1865. Explore the origins of the controversial Smoki People and the rise and fall of the Prescott Rifles, a short-lived vigilante group. Join author and historian Parker Anderson as he delves into the fascinating past of this unique town.