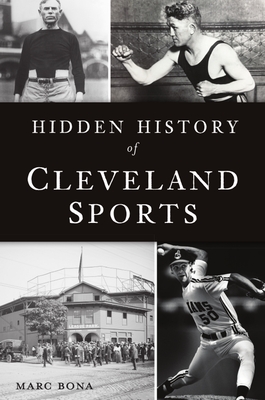 
Available to Order - Usually Arrives in Our Store in 4 to 7 Days
Cleveland sports history goes well beyond The Shot, The Fumble, The Drive and so many other ignoble moments. Many of the city's most illustrious sports tales are long-forgotten chapters of tribulations and tragedy, of fleeting fame and enduring milestones. There are forgotten firsts, such as football's first pass and the invention of baseball's slider having ties to Cleveland. There are overshadowed tragedies like a fatal crash involving an Indians pitcher occurring the same year two of the team's hurlers were killed in a high-profile boating accident. And then there are the near misses--like George Steinbrenner coming within seconds of owning the Indians and a famous musician who almost became a Cleveland Brown. From basketball to boxing, hockey to Heisman, journalist Marc Bona chronicles more than a century of unremembered tales.