An Innocent Abroad: The Misdaventures of an Exchange Teacher in Montana (Hardcover) 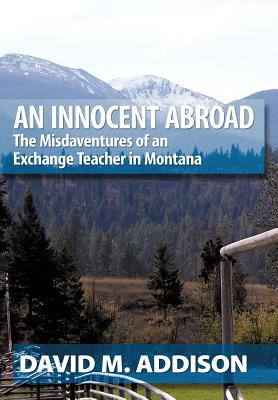 When, in 1978, as a participant in a teacher exchange programme, the author, accompanied by his wife and young family, exchanged his boring existence in Grangemouth in central Scotland for life in Missoula, Montana, in the western United Sates, he could not have foreseen just how much of a life-changing experience it would be - not just for him and his family, but for his exchangee as well.

He was prepared for a less formal atmosphere in the classroom, while, for their part, his students had been warned that he would be "Mr Strict." It was not long before this clash of cultures reared its ugly head and the author found himself in big trouble. But, as he had found out from the very instant he arrived on the continent, just because we share a common language it doesn't mean Americans do things the same way. And the Montanans, he was to discover, do things more differently still.

There were times, in the beginning, when he wished he had stayed at home in his boring but safe existence in Scotland and there were times when life got more than just a little bit too exciting for comfort. But mainly this is a heart- warming and humorous tale of how this Innocent abroad, confronted with one culture shock after another, overcame his trials and tribulations and thanks to a whole array of colourful and kind people, finally came to realise that this exchange was the best thing he had ever done.