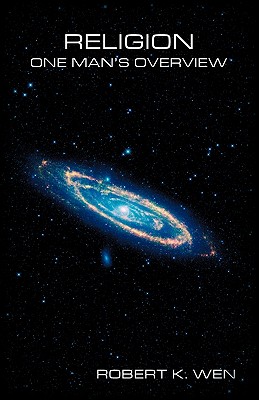 
Available to Order - Usually Arrives in Our Store in 4 to 7 Days
Everyone wonders, at least at times, about such questions as the purpose and future of his or her own life. Some would even trouble themselves with similar questions about the universe. In Religion-One Man's Overview, a retired professor with a background in both Eastern and Western cultures, shares the outcome of his own enthusiastic search for answers. In simple language and a meticulously organized fashion, Dr. Robert Wen provides a concise overview of all the world's major religions and explains the underlying philosophy behind each, while covering discussions of the origin and development of religion and its relationships to politics, culture, morality, philosophy, and science. Along with synopses of seven major world religions, Dr. Wen includes a comparison of Christianity and Buddhism as well as his personal views highlighted by his synthesis of the pragmatic and metaphysical views of religion. For anyone who possesses considerable earnestness and curiosity about religion, Religion-One Man's Overview provides a fascinating, comprehensive, and easy-to-understand philosophical and historical overview of all key religions and theories.