Witness for the Persecution (Paperback) 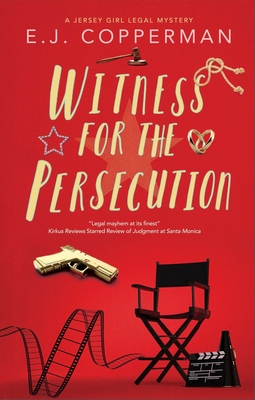 Witness for the Persecution (Paperback)

Former New Jersey prosecutor Sandy Moss moved to a prestigious Los Angeles law firm to make a new start as a family lawyer. So it seems a little unfair that Seaton, Taylor have created a criminal law division specifically for her. Just because she's successfully defended two murder trials, it doesn't mean she likes them But when abrasive Hollywood movie director Robert Reeves is accused of murdering a stuntman on set, Sandy finds she can't say no when he demands her help. Robert might be an unpleasant, egotistical liar, but something tells Sandy that he's innocent - even if no one else can see it. At least this time, she reassures herself, her charismatic, adorable, and oh so annoying TV star boyfriend Patrick McNabb isn't involved in the case. He isn't . . . right? The third in the fast-paced, funny legal mystery series starring pitch-perfect heroine Sandy Moss, who could give Perry Mason a run for his money (Kirkus Reviews), is a great pick for fans of cozy mysteries, legal dramas and anyone who likes to laugh
E.J. Copperman is the nom de plume for Jeff Cohen, writer of intentionally funny murder mysteries. As E.J., he writes the Haunted Guesthouse and Agent to the Paws series, as well as the brand-new Jersey Girl Legal mysteries; as Jeff, he writes the Double Feature and Aaron Tucker series; and he collaborates with himself on the Samuel Hoenig Asperger's mysteries.