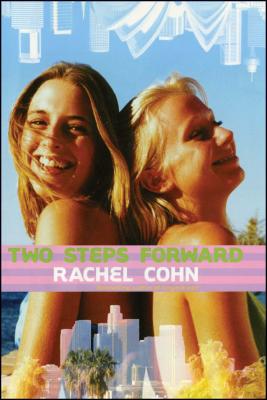 
Available to Order - Usually Arrives in Our Store in 4 to 7 Days
Four stepsiblings from two opposite sides of the world are sharing a summer together in one strange city: Los Angeles.

NYC fashionista girl Annabel is determined to hate LA, where her dad and his family have relocated. But just when Annabel thinks her summer is beyond ruined, she gets a surprise from Down Under . . . and let's just say he's a good kisser.

Lucy misses her home country, Australia, but thinks LA isn't so bad after all. If she could only get her stepsister Annabel on board to loving LA too -- and get that weird Wheaties boy to stop staring at her!

Wheaties, boy-genius, doesn't mind where he's spending the summer, so long as lovable Lucy is nearby. He's trying not to worry about how his dad and stepmother's marriage problems will affect his living situation. And he'd really like to know the secret of that Ben dude's swoony appeal to the girls.

Ben, the Aussie athlete god, would rather be spending his school break playing footy with his mates back in Melbourne. He'd also really rather not have his dad's loud girlfriend sharing their American vacation. And he'd definitely like to know how he got interested in the pretty Annabel girl all over again.

Told from the alternating points of view of Annabel, Lucy, Wheaties, and Ben, Two Steps Forward is funny and genuine -- and shows how love can create all kinds of families.
Rachel Cohn is the bestselling author of You Know Where to Find Me, Gingerbread, Shrimp, Cupcake, Pop Princess, and, with David Levithan, Nick and Norah’s Infinite Playlist, Naomi and Ely’s No Kiss List, and Dash & Lily’s Book of Dares as well as the tween novels The Steps and Two Steps Forward. Born in Washington, DC, she graduated from Barnard College in New York and has lived on both coasts. She lives in Los Angeles. Visit her at RachelCohn.com.