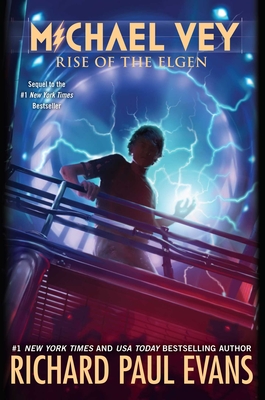 By Richard Paul Evans
$19.99
Available to Order - Usually Arrives in Our Store in 4 to 7 Days

Michael must save his mother—and protect his powers—in the electric sequel to the #1 New York Times bestselling Michael Vey, from Richard Paul Evans.

I rolled over to my back, struggling for breath. The pain continued to pulse through my body—a heavy throb followed by a sharp, crisp sting.
The man said, “Trust me, there are worse things in this world than Cell 25.”

Michael, Taylor, Ostin, and the rest of the Electroclan have escaped from the Elgen Academy in Pasadena and are headed back to Idaho to plan their next move. But what’s waiting for them there will change everything.

After using their wits and powers to narrowly escape an Elgen trap, a mysterious voice leads the Electroclan to the jungles of Peru in search of Michael’s mother. Once there, they discover that Dr. Hatch and the Elgen are far more powerful than anyone realizes; entire countries have begun to fall under their control. Only the Electroclan and an anonymous voice now stand in the way of the Elgen’s plan for global domination.

But is the voice that Michael is following really an ally, or is it just another Elgen trap?