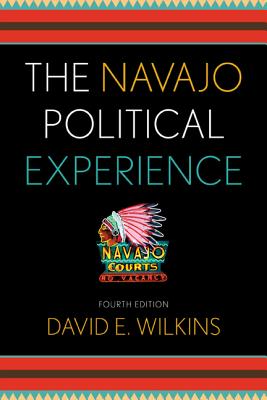 Native nations, like the Navajo nation, have proven to be remarkably adept at retaining and exercising ever-increasing amounts of self-determination even when faced with powerful external constraints and limited resources. Now in this fourth edition of David E. Wilkins' The Navajo Political Experience, political developments of the last decade are discussed and analyzed comprehensively, and with as much accessibility as thoroughness and detail. The Din people and their governing leaders have recently experienced a host of events that dramatically affected the shape of the nation - a plethora of effective grassroots organizations that had a profound impact on the structure of the Navajo political system, a dramatic reduction in the size of the legislative branch from eighty-eight to twenty-four members, the introduction of institutional gambling, unresolved battles over water rights, and a tense political crisis that pitted the legislative branch against the judicial branch as the court sought to ensure that the Fundamental Law was to be adhered to by all governing bodies. These and other developments are examined in this new edition, which includes three new appendices: The Navajo Fundamental Law of 2002; The Din Natural Resource Protection Act of 2005; and Nelson v. Shirley (2010), which add to the book's value as a classroom tool and a primary source.
David E. Wilkins is McKnight Presidential Professor of American Indian Studies and adjunct professor of political science and law at the University of Minnesota.