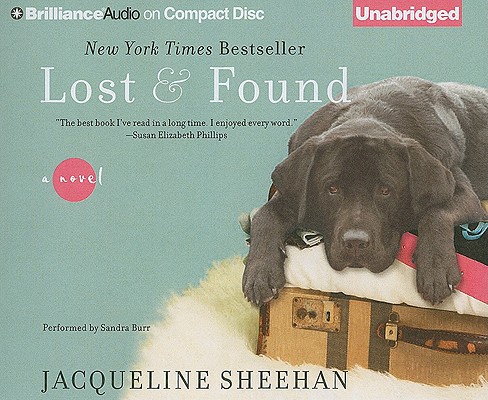 By Jacqueline Sheehan, Sandra Burr (Read by)
Please email or write store for pricing and availability information.
Special Request - May Not Be Available

Rocky's husband, Bob, was just forty-two when she discovered him lying cold and lifeless on the bathroom floor . . . and Rocky's world changed forever. Quitting her job and chopping off all her hair, she leaves Massachusetts -- reinventing her past and taking a job as Animal Control Warden on Peak's Island, a tiny speck off the coast of Maine and a million miles away from everything she's lost. She leaves her career as a psychologist behind, only to find friendship with a woman whose brain misfires in the most wonderful way and a young girl who is trying to disappear. Rocky, a quirky and fallible character, discovers the healing process to be agonizingly slow. But then she meets Lloyd. A large black Labrador retriever, Lloyd enters Rocky's world with a primitive arrow sticking out of his shoulder. And so begins a remarkable friendship between a wounded woman and a wounded, lovable beast. As the unraveling mystery of Lloyd's accident and missing owner leads Rocky to an archery instructor, who draws her in even as she finds every reason to mistrust him, she discovers the life-altering revelation that grief can be transformed . . . and joy does exist in unexpected places. "Jacqueline Sheehan eloquently and expertly channels both human and canine voices in this bittersweet island-set tale of wounded lives renewed." -- Suzanne Strempek Shea, author of Becoming Finola.