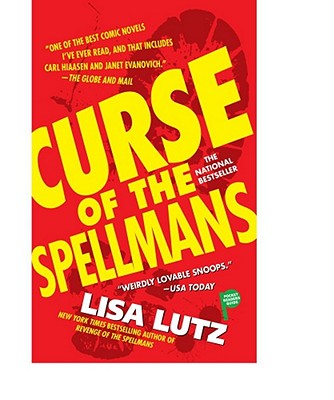 By Lisa Lutz
Please email or write store for pricing and availability information.
Special Request - May Not Be Available

“This second entry in the nonstop, frenzied, comedic world of Isabel Spellman, P.I., is both more convoluted and funny than The Spellman Files. This time, Izzy finds herself confounded by nearly everyone in her life and, of course, unable to leave anyone alone until she gets to the bottom of the many mysteries surrounding her -- including her weirder-than-usual family.”
— Terry Gilman, Mysterious Galaxy Books, San Diego, CA

THEY’RE BAAAAACK.(Re)meet New York Times bestselling author Lisa Lutz’s “SUPERBLY COMIC” (Daily News, New York) Spellmans, a family in which eavesdropping is a mandatory skill, locks are meant to be picked, and blackmail is the preferred form of negotiation.

When Izzy Spellman, PI, is arrested for the fourth time in three months, she writes it off as a job hazard. She’s been (obsessively) surveilling a suspicious neighbor and attempting to apprehend the copycat vandal whose attacks on Mrs. Chandler’s holiday tableaux eerily match the 1991-92 crime spree when Izzy and her best friend, Petra, were at their most delinquent. After the displeased management (i.e., Mom and Dad) at Spellman Investigations refuses to bail Izzy out, her octogenarian lawyer comes to her rescue. But fi rst Izzy must unveil the whole truth, and nothing but the truth, as only a thirty-year-old licensed professional can. . . .