Anarchism and Art: Democracy in the Cracks and on the Margins (Paperback) 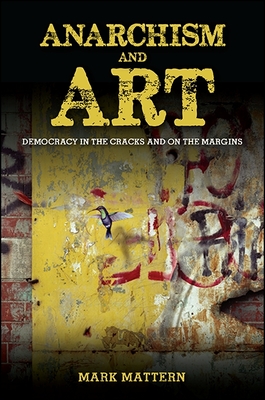 By Mark Mattern
Please email or write store for pricing and availability information.
Special Request - May Not Be Available

Situated at the intersection of anarchist and democratic theory, Anarchism and Art focuses on four popular art forms--DIY (Do It Yourself) punk music, poetry slam, graffiti and street art, and flash mobs--found in the cracks between dominant political, economic, and cultural institutions and on the margins of mainstream neoliberal society. Mark Mattern interprets these popular art forms in terms of core anarchist values of autonomy, equality, decentralized and horizontal forms of power, and direct action by common people, who refuse the terms offered them by neoliberalism while creating practical alternatives. As exemplars of central anarchist principles and commitments, such forms of popular art, he argues, prefigure deeper forms of democracy than those experienced by most people in today's liberal democracies. That is, they contain hints of future, more democratic possibilities, while modeling in the present the characteristics of those more democratic possibilities. Providing concrete evidence that progressive change is both desirable and possible, they also point the way forward.

Mark Mattern is Professor of Political Science at Baldwin Wallace University. He is the coeditor (with Nancy S. Love) of Doing Democracy: Activist Art and Cultural Politics, also published by SUNY Press, and the author of Acting in Concert: Music, Community, and Political Action.