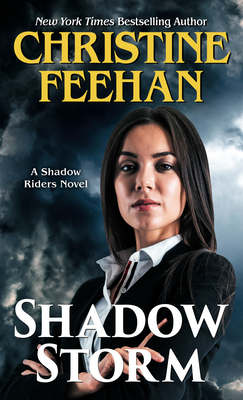 
Email or call for price. Handling fee may apply.
A long-simmering feud between two families comes to a head in this gripping novel in Christine Feehan's New York Times bestselling Shadow Riders series.

As the youngest member of the Ferraro family, Emmanuelle has watched each of her brothers find happiness in love while her own heart was shattered by a lover's betrayal. For two years she's stayed as far away from Valentino Saldi as possible--until she learns that he's been shot during a hostile takeover of his family's territory. Emme's first instinct is to call her brother Stefano for help, and soon the entire Ferraro clan arrives to bring Val back from the brink of death and protect the Saldis from further attack. With one choice Emme has re-exposed herself to Val's intoxicating pull and dragged her family into the Saldis' private war. A deadly storm is brewing, and only time will tell who survives...
Christine Feehan is the #1 New York Times bestselling author of the Carpathian series, the GhostWalker series, the Leopard series, the Shadow series, and the Torpedo Ink series.