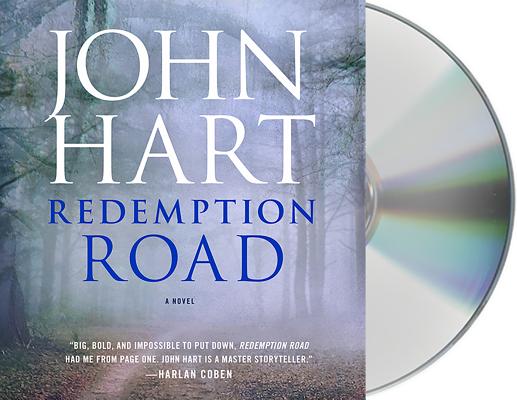 By John Hart, Scott Shepherd (Read by)
$39.99
Special Request - May Not Be Available

Len says: "A dark, brilliantly-written novel full of twists, turns, and heartache. Police officer Elizabeth Black finds herself in the center of a maelstrom as state attorneys attempt to indict her for the murder of two depraved sociopaths while she was in the line of duty. At the same time, Adrian Wall, another cop and the man who saved Elizabeth's life, is about to be released from prison, where he served a thirteen year stint for an alleged crime of passion. Hart weaves these two storylines into a gruesome, often chilling, and entirely gripping crime novel that will have you on the edge of your seat all the way to the spectacular ending. (SIDE NOTE: I listened to the audio version of this book. Scott Shepard's narration might be the best I've ever heard.)"

“Hart weaves several plotlines together in this masterful crime novel: the former cop serving hard time for a crime he didn't commit; the son who awaits the release of his mother's killer; the girl whose brutal attackers were tortured and assassinated; and Liz, the cop at the heart of all of these stories, who is, herself, wanted by the police. Like the best crime dramas, there are characters to love, characters to hate, outcomes to root for, and a resolution that readers will not foresee. This book should put John Hart on every reader's radar.”
— Jill Miner (W), Saturn Booksellers, Gaylord, MI

The first and only author to win back-to-back Edgars for Best Novel. Every book a New York Times bestseller. After five years, John Hart is back.

Since his debut bestseller, The King of Lies, reviewers across the country have heaped praise on John Hart, comparing his writing to that of Pat Conroy, Cormac McCarthy and Scott Turow. Each novel has taken Hart higher on the New York Times Bestseller list as his masterful writing and assured evocation of place have won readers around the world and earned history's only consecutive Edgar Awards for Best Novel with Down River and The Last Child. Now, Hart delivers his most powerful story yet.
Imagine:

A boy with a gun waits for the man who killed his mother.

A troubled detective confronts her past in the aftermath of a brutal shooting.

After thirteen years in prison, a good cop walks free as deep in the forest, on the altar of an abandoned church, a body cools in pale linen…

This is a town on the brink.

This is Redemption Road.

Brimming with tension, secrets, and betrayal, Redemption Road proves again that John Hart is a master of the literary thriller.

John Hart is the New York Times bestselling author of The King of Lies, Down River, The Last Child, Iron House, Redemption Road, and The Hush. The only author in history to win the Edgar Award for Best Novel consecutively, John has also won the Barry Award, the Southern Independent Bookseller’s Award for Fiction, the Ian Fleming Steel Dagger Award, and the North Carolina Award for Literature. His novels have been translated into thirty languages and can be found in more than seventy countries.

An actor of both stage and screen, SCOTT SHEPHERD is known for roles in the recent films And So it Goes, Side Effects, and Brief Reunion. He belongs to two major theater groups, The Wooster Group and Elevator Repair Service through which he performs both locally and abroad. Shepherd is widely known for his natural memorization skills after he recited the entirety of Fitzgerald’s The Great Gatsby for a Public Theater production of the show Gatz.

"This is a dark book, made all the darker by Shepherd's stagy interpretation."--AudioFile Magazine

“The depth of emotion in Hart’s words is palpable, and listeners will feel every nuanced sentiment that the characters are experiencing.”--Library Journal