Everybody Rise: A Novel (CD-Audio) 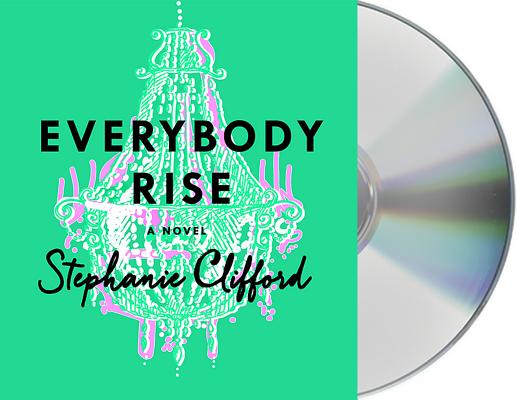 By Stephanie Clifford, Katherine Kellgren (Read by)
Please email or write store for pricing and availability information.
Out of Print

“In her debut novel, Clifford deftly updates The House of Mirth to show that belonging to the social elite is still not for the faint of heart. Evelyn Beegan has grown up on the fringes of high society, but now a new job at an exclusive social networking website may be her ticket to the lush life. Just as Wharton's Lily Bart learns the hard way, fitting in with the 'who's who' takes some shrewd negotiation. Is it worth the compromise just to prove you're worthy to be 'somebody'? Clifford's characters are complex and the choices they make follow intriguing paths in this engaging and moving story.”
— Kerry Spaulding (W), University Book Store, Mill Creek, WA

"A witty tale about a high-society wannabe...Little is more delicious than watching an ambitious but tragically flawed protagonist brought down - especially in a designer cocktail dress." -The Washington Post

Everyone yearns to belong, to be part of the "in crowd," but how far are you willing to go to be accepted? In the case of bright, funny and socially ambitious Evelyn Beegan, the answer is much too far...
At 26, Evelyn is determined to carve her own path in life and free herself from the influence of her social-climbing mother, who propelled her through prep school and onto New York's glamorous Upper East Side. Evelyn has long felt like an outsider to her privileged peers, but when she gets a job at a social network aimed at the elite, she's forced to embrace them.

Recruiting new members for the site, Evelyn steps into a promised land of Adirondack camps, Newport cottages and Southampton clubs thick with socialites and Wall Streeters. Despite herself, Evelyn finds the lure of belonging intoxicating, and starts trying to pass as old money herself. When her father, a crusading class-action lawyer, is indicted for bribery, Evelyn must contend with her own family's downfall as she keeps up appearances in her new life, grasping with increasing desperation as the ground underneath her begins to give way.

Katherine Kellgren has recorded over 200 audiobooks and won four Audie Awards, three ALA Odyssey Honors, and eight AudioFile Earphones Awards. In 2011, Kellgren was named the  Best Voice in Young Adult & Fantasy, and she won the Audie award for Best Female Narrator in both 2013 and 2014.  Kellgren has also appeared onstage in London, New York and Frankfurt. She has recorded numerous plays and dramatizations of novels for the radio, including winners of the Peabody Award. She is a graduate of The London Academy of Music and Dramatic Art. In naming Kellgren a “Golden Voice,” AudioFile magazine noted that she is a "marvel with accents...she is definitely a narrator to keep an ear out for." She lives in New York City.