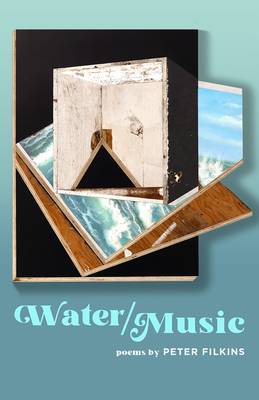 A diverse display of formal dexterity, narrative power, and lyrical resonance, Peter Filkins's latest collection of poems explores the fraught relationship between the natural world and the human.

Exploring the space between nature and culture, the poems of Water / Music anchor themselves in the timely and the timeless. Rich and diverse in their formal intricacy, they move with ease from narrative to meditation, from close physical observation to the haunts of memory, and from lyric sorrow to the pleasure of living in the world. Water / Music embraces and celebrates life's mystery and the soul's repose amid talismans at twilight, the whir of birds.

Peter Filkins is the Richard B. Fisher Professor of Literature and Creative Writing at Bard College at Simon's Rock and a visiting professor of literature at Bard College. He is the author of four other books of poems: What She Knew, After Homer, Augustine's Vision, and The View We're Granted, as well as numerous translations and a biography, H. G. Adler: A Life in Many Worlds.