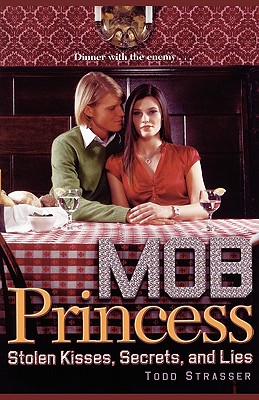 This is book number 2 in the Mob Princess series.

Life's been tough for Kate Blessing. Her parents are still on the outs, the family's about to hit the mattresses, and one of their own is threatening to pull rank. Kate's also managing two guys: one whose parents don't approve of her, and one who's the son of her dad's rival.

Kate may not know who to trust, but she's got to step up. If the family falls apart, it won't just be ugly...it'll be deadly.
Todd Strasser has written many critically acclaimed novels for adults, teenagers, and children, including the award-winning Can’t Get There from Here, Give a Boy a Gun, Boot Camp, If I Grow Up, Famous, and How I Created My Perfect Prom Date, which became the Fox feature film Drive Me Crazy. Todd lives in a suburb of New York and speaks frequently at schools. Visit him at ToddStrasser.com.