Ask Me No Questions (Hardcover) 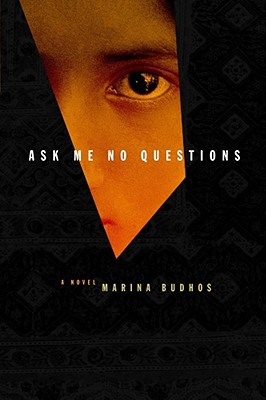 Ask Me No Questions (Hardcover)


Email or call for price. Handling fee may apply.
Nadira and her family are illegal aliens, fleeing to the Canadian border -- running from the country they thought was their home. For years since emigrating from Bangladesh, they have lived on expired visas in New York City, hoping they could someday realize their dream of becoming legal citizens of the United States. But after 9/11, everything changes. Suddenly, being Muslim means being dangerous, a suspected terrorist. And when Nadira's father is arrested and detained at the border, Nadira and her older sister, Aisha, are sent back to Queens and told to carry on, as if everything is the same.

But of course nothing is the same. Nadira and Aisha live in fear they'll have to return to a Bangladesh they hardly know. Aisha, always the responsible one, falls apart. It's up to Nadira to find a way to bring her family back together again.

Critically acclaimed author Marina Budhos has given us a searing portrait of contemporary America in the days of terrorism, orange alerts, and the Patriot Act, and a moving and important story about something most people take for granted -- citizenship and acceptance in their country.
Marina Budhos is an author of award-winning fiction and nonfiction. Her most recent novel is Watched, which received an Asian/Pacific American Award for Literature YA Honor and a Walter Award Honor. Her other novels include Tell Us We’re Home, a 2017 Essex County YA Pick; Ask Me No Questions, a recipient of the James Cook Teen Book Award; The Professor of Light; House of Waiting; and the nonfiction book Remix: Conversations with Immigrant Teenagers. With her husband Marc Aronson, she is the coauthor of Eyes of the World: Robert Capa & Gerda Taro & The Invention of Modern Photojournalism and Sugar Changed the World: A Story of Magic, Spice, Slavery, Freedom & Science, a 2010 Los Angeles Times Book Award Finalist. Budhos has been a Fulbright Scholar to India, received two Fellowships from the New Jersey Council on the Arts, and is a professor of English at William Paterson University. You can visit her online at MarinaBudhos.com.
"A thoughtful, riveting tale of post-9/11 America...Beautifully written."