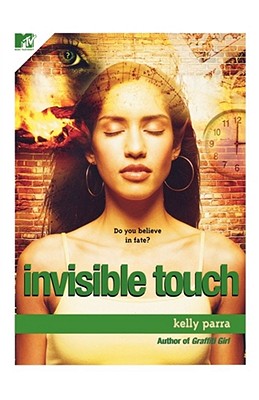 By Kelly Parra
Please email or write store for pricing and availability information.
Special Request - May Not Be Available

Kara Martinez has been trying to be "normal" ever since the accident that took her father's life when she was eleven years old. She's buried the caliente side of her Mexican heritage with her father and tried to be the girl her rigid mother wants her to be -- compliant and dressed in pink, and certainly not acting out like her older brother Jason. Not even Danielle, her best friend at Valdez High, has seen the real Kara; only those who read her anonymous blog know the deepest secrets of the Sign Seer.

Because Kara has a gift -- one that often feels like a curse. She sees signs, visions that are clues to a person's fate, if she can put together the pieces of the puzzle in time. So far, she's been able to solve the clues and avert disaster for those she's been warned about -- until she sees the flash of a gun on a fellow classmate, and the stakes are raised higher than ever before. Kara does her best to follow the signs, but it's her heart that wanders into new territory when she falls for a mysterious guy from the wrong side of town, taking her closer to answers she may not be able to handle. Will her forbidden romance help her solve the deadly puzzle before it's too late...or lead her even further into danger?

"A magical blending of mystery, romance, and deep and dangerous secrets. Kelly Parra's Invisible Touch is an action-packed coming-of-age novel, sure to keep readers turning pages and begging for a sequel." -- Laurie Faria Stolarz, bestselling author of Blue Is for Nightmares and Deadly Little Secret

"Readers are going to delight in this fast-paced, gripping story, and be kept spellbound until its surprising finish." -- Tina Ferraro, author of How to Hook a Hottie